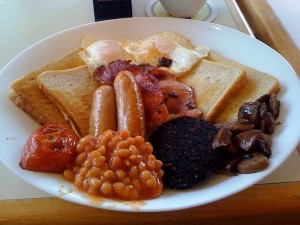 Once a week, Criticwire asks a group of film critics a question and compiles their responses.  This week’s Criticwire Survey seems to have caused a bit of a stir.  Here is the question posed by Matt Singer:

What movie widely regarded as a cinematic masterpiece do you dislike (or maybe even hate)?

This question and its responses were promoted under the incendiary headline: “Overrated Masterpieces.”  Needless to say, this provoked some outrage, both in the comments and across the web.  Only one critic, Glenn Kenny, appears to have left the proceedings unscathed.  The reason for this is that he refused to name a film:

I find this question especially dispiriting, as it’s really just a form of bait, and a cue for individuals to come up with objects to snicker at, feel superior to, and all that. I’m sure many critics will have a blast with it.

Kenny follows this with a passage from Richard Hell’s autobiography where Hell writes of an encounter with Susan Sontag in which she laments the fact that she has opinions because, as Hell puts it, “opinions will solidify into prejudices that substitute for perception.”

First of all, I would argue that Kenny himself is using this opportunity to “snicker at” and “feel superior to” his fellow critics.  Second, I would argue that the point of this particular survey is to counter popular opinions that may have solidified into prejudices, not the other way around.  Finally, I think that it is Scott who is being “glib” in his dismissal of the exercise as “pseudo-contrarianism.”

Each individual critic (Kenny included) will have points of divergence from the critical community with which he or she belongs.  This is only natural; individuals have individual tastes (e.g., likes and dislikes) based on individual life experiences.  But here is an unsettling fact: many people will accept that certain films are sacred—sometimes irrationally and without having actually seen them—for the single reason that the films have been blessed with critical approval and labeled masterpieces.  The critics who answered the Criticwire Survey are simply challenging this automatic acceptance, some even going so far as to offer rational and articulate defenses of their opinions (the opposite of pseudo-contrarianism, I would say).

Interestingly, James Ramsden, a food blogger at The Guardian, wrote a piece last week called “The Great British fry-up: it’s a national disgrace.”  The article comes with the following blurb:

The full English breakfast is the most overrated of British dishes – even the name is shuddersome. How did we become shackled to this fried fiasco?

Just as with the Criticwire Survey (and perhaps again due to the word “overrated”), Ramsden experienced a lot of backlash.  He felt compelled to write a response (published only a day after the Criticwire Survey): “Which well-loved foods do you hate?”  In this piece, we learn that Ramsden received accusations similar to those received by the film critics.  For example, he, too, was accused of trolling (maybe by the A. O. Scott of the British food blogging world).  However, Ramsden understands where the attacks are coming from:

I understand it because I’ve felt it too. It is perhaps not a rational reaction to a subjective aversion […], but we feel strongly about food and are thus oddly offended by someone vehemently opposing that which we cherish.

Yes, and people apparently feel strongly about film as well and will oppose subjective aversions to well-loved films with equal vehemence and irrationality.  Ramsden, after providing a long list of similar aversions from some notable chefs and food critics, ends his piece by stating:

The common denominator with all of these dislikes is the mutual conviction that the other person is a loon, even a heretic. There are certain aversions – anchovies, haggis, balut, kidneys – that are entirely understandable (you don’t often hear cries of “you don’t like kimchi?!” except perhaps in certain foodish circles), but when it comes to dissing curry, fish and chips, pasta, or indeed a fry-up, it turns out people are, at best, going to think you very odd indeed. Still, can’t blame a man for trying.

Glenn Kenny chose not to name a film on which his opinion differs from that of the masses.  Does that mean he holds no such opinion?  That no such film exists?  Hardly.  As I said, he used this opportunity to elevate himself above his fellow critics under the pretense that criticism has loftier goals than this sort of muckraking.  I think that he just didn’t want to get his hands dirty.  I prefer the “loons” and the “heretics” who are unafraid of their own subjectivity.  On a related note, I believe that Pauline Kael would have loved this week’s Criticwire Survey.  Especially the word “overrated.”

Hume, Kael, and the Role of Subjectivity in Criticism