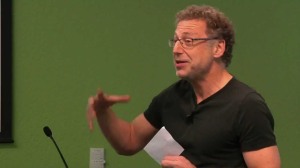 I recently finished reading the book Subliminal: How Your Unconscious Mind Rules Your Behavior by Leonard Mlodinow.  It is an excellent summation of the best scientific research on the subject of the unconscious.  Mlodinow analyzes and organizes the material beautifully, and he also shares personal anecdotes for clarification and levity. For those unfamiliar with his past work, Mlodinow is a theoretical physicist who has published numerous books on a variety of subjects, worked alongside Stephen Hawking, and written for popular television series, including Star Trek: The Next Generation.

Subliminal is a wonderful book in its own right, but I like it for another reason.  Whether or not Mlodinow is even aware of the fact, the book provides scientific and empirical support for psychological ideas advanced by Friedrich Nietzsche in the 19th century.  For example, the book presents evidence to support Nietzsche’s claims on everything from the illusion of free will to the will to power (though it does not name this idea explicitly).  I am especially fond of Mlodinow’s chapter on “Feelings,” which explores the role that our unconscious feelings play in our choices and actions.   This role is indeed a greater one than that played by our conscious, rational faculties.  Our reasoning and thoughts are always just the post-hoc justifications for our behaviors, never the true motivations.  As Nietzsche said, “Thoughts are the shadows of our feelings—always darker, emptier, simpler.”

Take the following passage from the “Feelings” chapter:

We ask ourselves or our friends questions like “Why do you drive that car?” or “Why do you like that guy” or “Why did you laugh at that joke?”  Research suggests that we think we know the answers to such questions, but really we often don’t.  When asked to explain ourselves, we engage in a search for truth that may feel like a kind of introspection.  But though we think we know what we are feeling, we often know neither the content nor the unconscious origins of that content.  And so we come up with plausible explanations that are untrue or only partly accurate, and we believe them.  Scientists who study such errors have noticed that they are not haphazard.  They are regular and systematic.  And they have their basis in a repository of social, emotional, and cultural information we all share.

This brings up issues similar to those I have discussed previously in “Hume, Kael, and the Role of Subjectivity in Criticism.”  Just as with the questions Mlodinow asks above, the question of why a person likes a particular film or artwork is also always answered with a convenient narrative rather than an honest account or an objective reason.  This is why criticism is subjective and why objectivity is an illusion.  This is also the meaning behind Stanley Kubrick’s statement: “The test of a work of art is, in the end, our affection for it, not our ability to explain why it is good.”  To quote Nietzsche again: “It is hard enough to remember my opinions, without also remembering my reasons for them!”

This is not to discount criticism, of course. I offer a solution to this supposed discrepancy in my aforementioned “Subjectivity” essay. But if you are at all curious how your unconscious affects your aesthetic judgments, or if you would like a greater understanding of just how deeply your unconscious governs your behavior and shapes your identity, I wholeheartedly recommend Mlodinow’s Subliminal.